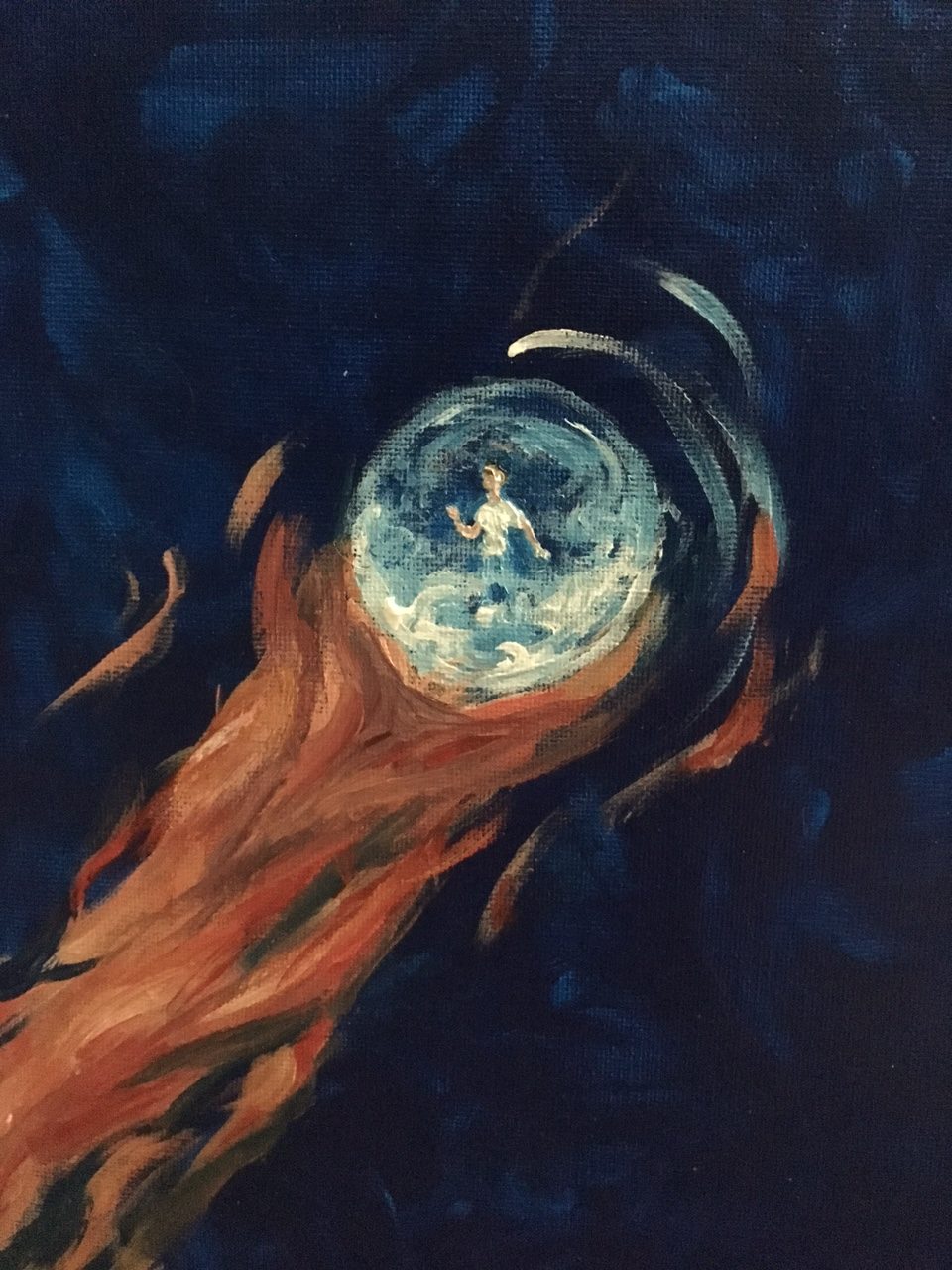 I. Shattered Homes: Signs of a Villain at Work

His home life: shattered. His peace: stolen. The world as he knows it: blown to bits.

Jesus said, “The thief (meaning Satan the accuser, also known as the devil) comes to steal, kill and destroy.” (John 10:10). The major villain of the story, Satan works behind the scenes, taking every chance he finds to ruin people’s lives. Unfortunately, he often succeeds.

Yet from shards of shattered homes, new heroes arise. This is a common superhero theme. Take the comic book figure Superman, for example, the hero from the exploded planet. He gets torn from his parents and his home gets shattered – literally. But after he lands on earth, he discovers he has superpowers which he uses for the good of all mankind.

Moses is another example. The “thief” in his day, Pharaoh, stole the Hebrews’ joy, killed their male babies, and destroyed their happiness. To save his life, his mother sent him sailing away from home. After he grew up, he led his people – his “shattered home,” if you will – out of bondage. With power from above, he freed them from the evil Pharaoh’s grip. Moses was like the superhero of the story, while Pharaoh played the villain role.

From a Christian viewpoint, the devil was and is the real villain, however. His influence results in many a shattered family. He enjoys ripping homes to shreds, leaving children with no sure place on which to stand. After all, how can they build their lives on sinking sand? Such “houses” always crumble. When storms beat on them, they sink. “And great was the fall of it.” (Matthew 7:27)

The resulting brokenness,  however, may serve as a vessel to release the new hero into his destiny. That’s because, as he bursts forth from the eggshell that once shielded him, he discovers a new level of freedom. People who “walk on eggshells” no longer step on him. The Spirit of resurrection life he’s found in Christ gives him breath (see John 10:10 and Romans 8:2). He doesn’t have to feed off bland egg white anymore, but feasts freely off kernels of truth he finds inside God’s Word (see Deuteronomy 8:3 and Matthew 4:4).

Moreover, as he grows, he sees he can’t fix windows shattered by idolatrous points of view. But as he gazes at the only Rock worth serving, he gains a new perspective: who he is  and what he’s called to do. As he sees God work bad situations in his life for good,  he learns to trust Him more. 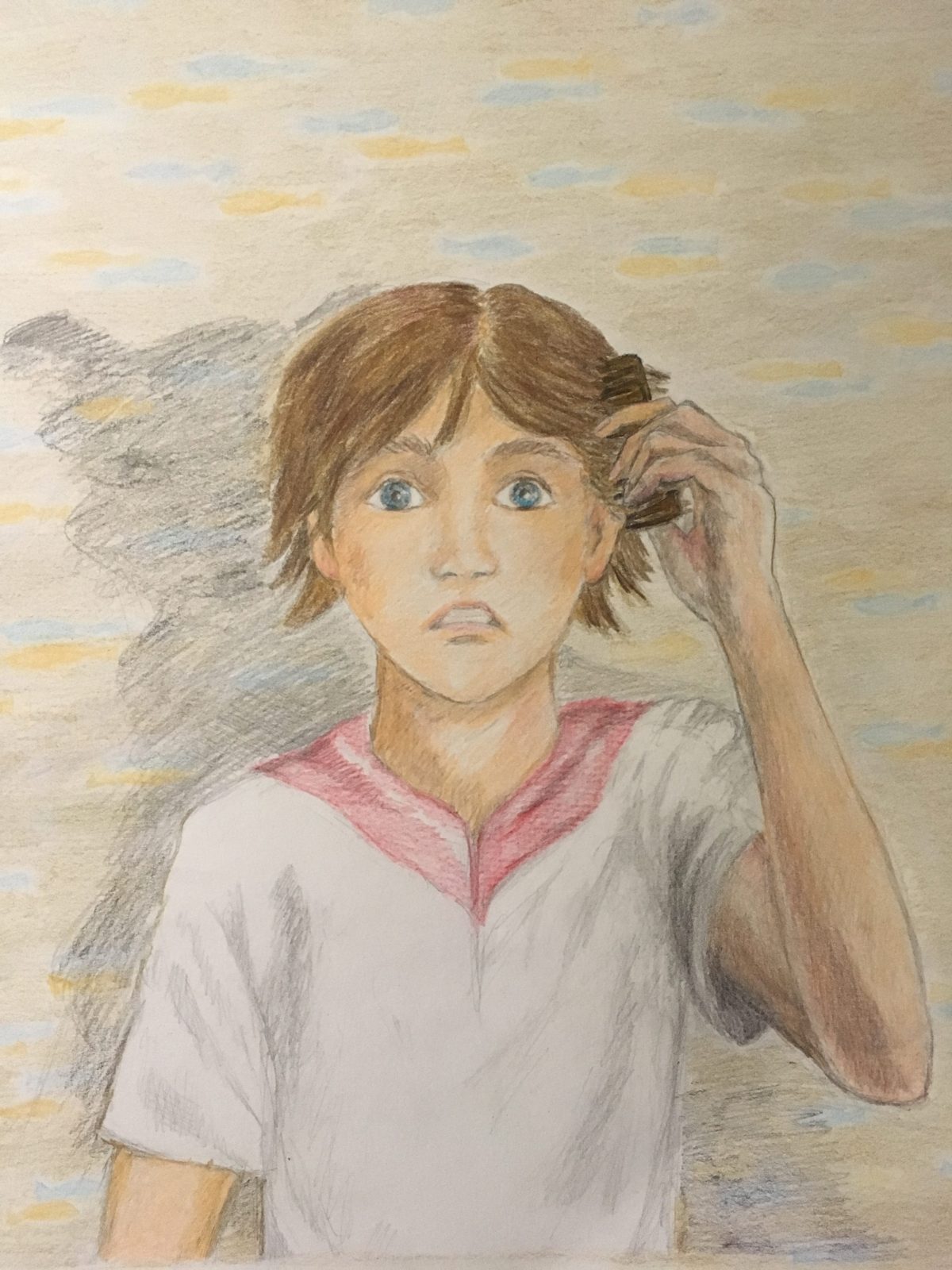 I. The Comic Book That Shook Up His No-Thrills Summer Vacation

Pete was just an average boy resigned to a lazy, hazy, no-thrills summer vacation, but his best friend gave him a comic book that changed all that. It happened on the last day of school. Actually, several things happened to him on that day.

2. His sixth-grade teacher unexpectedly zapped the class with their choice of impossible summer project to do.  Pete accidentally picked the wildlife research project.

3. The next thing Pete knew, his best friend Jack Tamer had pulled him aside and given him an illegal comic book – not to read but to hide.

II. Don’t Read It? That Makes No Sense!

I mean, come on. What child wouldn’t like a break from summer break, just long enough to curl up with a good book? Summer is supposed to be fun time, not fun-restriction time. You and I should know. July 4th is coming up. It’s Independence Day, not “Being Stolen From” day. For someone to try to steal the comic book was just too much. What school bully in his right mind would attempt something so bold and mean and majorly unfriendly?

Craig Crowburn, leader of the Bog Fog Gang, that’s who. He and his smelly slime guns with their evil, gushy, soggy tuna-fishy blobs added way too much mayonnaise to the mix.  I mean –

Oops. I already said too much. After all, this about summer reading time, not some special PE class on fighting bullies.

III. To Read or Not to Read the Comic Book: That is the Question

Okay, back to my original point: The school year had ended. All Pete wanted was to go home.

Pete had nowhere to turn. Sitting next to Jack in the back of the bus where no one else could see him, he flipped open the page and began to read.

What happened next changed his life forever. He experiences the supernatural, miracle power of –

I mean, not to get carried away, but the comic book transformed Pete’s life. He became a hero. Now he faced more challenges than ever, as well as perplexing questions such as: Should he keep on reading or should he just hibernate away his summer doing nothing useful whatsoever?

To quote the first page, “The comic book had taken Pete on an amazing adventure. He couldn’t rest until he got it back.”

I’m excited to announce that Speed of Sight by C. R. Flamingbush has finally arrived. This young adult fantasy book follows the footsteps of an awkward boy who can’t seem to excel at much of anything. Then one day he enters a different realm and his life is changed forever.

“Twelve-year-old Pete Plain is an ordinary boy with an extraordinary secret who lives in a crazy town called Jericho. On the last day of school, his friend Jack gives him a powerful but illegal comic book—not to read but to hide. That afternoon the school bully shoots Jack with toxic slime. Uncertain how to help him, Pete sneaks a peek at the comic and gets drawn into a different world. There he goes on an unforgettable adventure.

When Jack discovers what Pete has done, he takes the book from him. Pete wants it back, but the forces of evil that haunt his hometown are determined to keep it from him. When Pete glimpses the ghostly grizzly dividing his family, he knows he must do something to stop it. The author of the forbidden comic books gives Pete special gifts of super sight and super speed, but will the boy from the broken home fully use those gifts or will he let himself be overcome by the bitter malady known as Sadly Absent Dad Syndrome? Much is at stake, for the slime is deadly, and catching the bullies behind it will prove to be no easy task.”

You can preview the first three chapters at Dove Christian Publisher’s website, https://www.dovechristianpublishers.com/catalog/christian-fiction/Speed-of-Sight/

The book is also available through Amazon

You can also buy it through Barnes and Noble.

I hope you enjoy the book. If you like it, please feel free to post a review on Amazon.