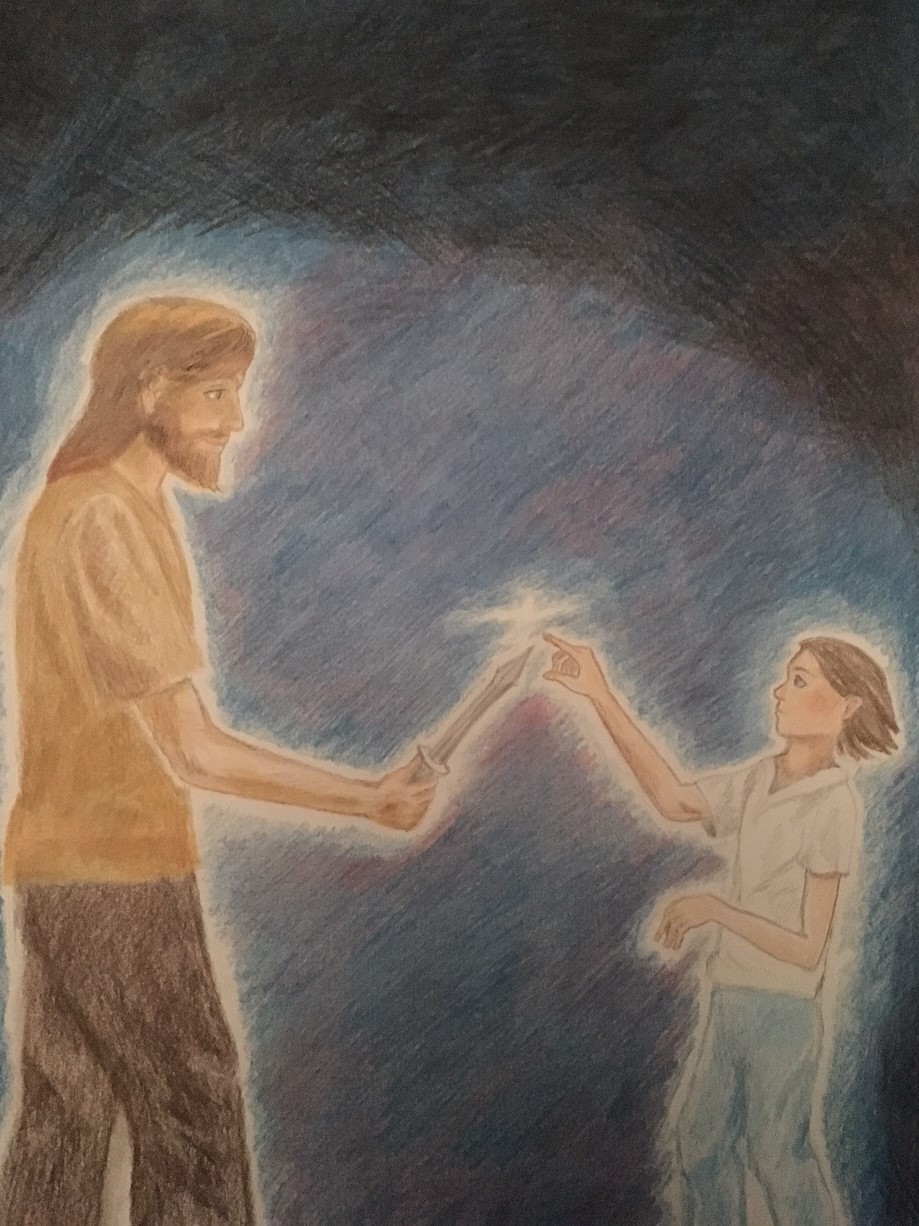 Comic books, like Bibles, can act as portals, transporting readers to a supernatural realm. That is a main theme in my book Speed of Sight, a Superhero Adventure. It is about an ordinary boy who reads a special comic book. This comic acts as a portal, transporting him to places he’s never been before and opening up his mind to the supernatural.

Like the Bible, this special brand of comic book inspires faith and gives hope to the broken-hearted. It enables the hero to see beyond his circumstances into a different, more powerful reality. As his home life falls apart, he sees the comic in his hand. It shines light on the evil forces that wish to ruin his life and shows him how to deal with them. After reading this comic, he finds himself sealed in a transparent pod which takes him on a trip through outer space.

Like Philip from the book of Acts, he gets “translated” from one place to another – in this case, it involves another realm. The comic acts as a catalyst, providing the faith fuel the hero needs on his journey.

While in this other realm, the hero meets the one who wrote the special comic books. This man, like Christ, is the author and finisher of the hero’s faith. With one touch  of  his pen,  this Christ figure empowers the hero with supernatural abilities. These supernatural abilities enable him to defeat bullies and save lives.

Such abilities, in a broad sense, represent spiritual gifts. The ability to see things others can’t, for example, may correlate to words of knowledge, wisdom, or discernment. The ability to move at super speeds is like a supernatural form of transportation. Again, I think of Philip, or perhaps Enoch the Old Testament saint.  He was the one who walked with God. Then suddenly one day he disappeared.

It was a miracle.

Miracles come from connecting with God and believing what He says.

As Daniel 11:32 declares, “Those who know their God will be strong and do exploits.”

Or, to quote Jesus, “Verily, verily, I say unto you, He that believes on me, the works that I do he shall do also; and greater works than these shall he do; because I go unto my Father.” (John 14:12)

Such Bible words build faith and open portals to the supernatural. Inspired comic books, which enable us to picture those words, can do the same. That’s what Speed of Sight is all about. Feel free to check it out. If you like it, take the time to give it a thoughtful review.

After all, it’s all about that portal, the connection that enables us to transcend time and space in order to connect us with the supernatural.

One thought on “Comic Books, Like Bibles, Can Act as Portals”